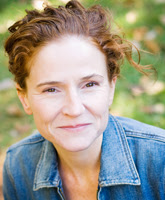 Professor Gallagher received her Ph.D. in Politics in 2001 from Princeton University and her B.A. from Smith College in 1991. She was a foreign student in China in 1989 at Nanjing University. She also taught at the Foreign Affairs College in Beijing from 1996-1997. She was a Fulbright Research Scholar from 2003 to 2004 at East China University of Politics and Law in Shanghai, China. It was funded by the Fulbright Association and the National Science Foundation.

Her research areas are Chinese politics, comparative politics of transitional and developing states, and law and society. The underlying question that drives her research in all of these areas is whether the development of markets is linked to the sequential development of democratic politics and legal rationality. Put simply, she is interested in the relationships between capitalism, law and democracy. Her empirical research in China is used to explore these larger theoretical questions.

Professor Gallagher teaches classes on Chinese politics, comparative politics, and labor rights in the global economy. From 2005-2007 she was part of the public intellectual program for the National Committee on US-China Relations, a program that brought together academics and policy makers working on US-China relations.
In his current position, Mehta engages in bilateral negotiations with numerous trading partners on a wide variety of intellectual property and innovation issues. Mehta serves as lead IP negotiator for the Trans-Pacific Partnership negotiations and assists in developing and implementing United States trade policy on intellectual property rights (IPR). Previously, Mehta was Associate General Counsel at USTR and provided legal advice to the agency on a wide range of trade policy matters, including IPR, technical barriers to trade, preference programs, and labor. Mehta also represented the United States in litigation before the World Trade Organization and served as legal counsel to the United States during negotiations for the Anti-Counterfeiting Trade Agreement (ACTA).


Prior to joining USTR, Mehta was an associate at Covington & Burling LLP in Washington, DC. He also clerked for the Honorable Federico A. Moreno of the U.S. District Court for the Southern District of Florida and was a Visiting Scholar at the West Bengal National University of Juridical Sciences in Kolkata, India, where he taught international trade and competition law. Mehta holds a J.D. from the George Washington Law School, an MSc. in Politics of the World Economy from the London School of Economics, and a B.A. in Political Science from the University of Michigan.


Panel 1: Copyright and Copying in Entertainment and Fashion 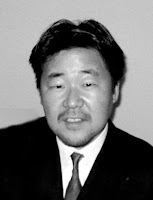 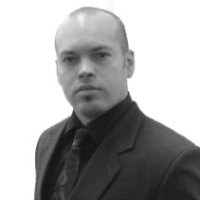 He also served as the Chairman of the Korea International Music Publishers’ Association (KIMPA), the Board Director of Korea Music Publishers’ Association (KMPA), the advisor of intellectual property rights for Embassy of the United States of America (Economic Affairs), and the Advisor & Examiner of Korea Culture & Content Agency (KOCCA) in the past.
He holds Bachelor of Music in Wind Instrument (Bassoon) at Hanyang University and Master of Business Administration (International Business) at Sogang University in Seoul, S. Korea.
Prior to the current position at EX Entertainment, he worked for Samsung Entertainment Group Korea as an Executive Producer/Manager of Classical Music & Popular Music Team and BMG Music Publishing as a Managing Director of S. Korea.

Born and raised in Hong Kong, Professor Yu is a leading expert in international intellectual property and communications law.  He also writes and lectures extensively on international trade, international and comparative law, and the transition of the legal systems in China and Hong Kong.  A prolific scholar and an award-winning teacher, he is the author or editor of five books and more than 80 law review articles and book chapters.  He serves as the general editor of The WIPO Journal and the editor of two book series.
Panel 2: The Role of Patent Law in Access to Medicine 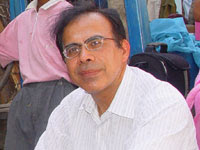 Professor Ho strives to foster improved understanding of the law through a variety of means, including traditional publications, as well as providing input to government organizations. She has written articles on various aspects of intellectual property law that have appeared in major law reviews, and been cited in intellectual property law case books as well as in international reports. She has also authored several interactive lessons in patent law for the Center for Computer Assisted Legal Instruction (CALI), which are available to law students nationwide.
She has made particular contributions in the area of international intellectual property, as well as patent issues involving biotechnology or health policy. For example, she has served as a consultant to the United Nations Convention on Biological Diversity (CBD) on an issue at the interface of international patent law and biotechnology and has provided consultation to the National Institutes of Health (NIH). Most recently, she published a book on the impact of patent and related rights on access to medicine in the global arena to help scholars and students from a variety of disciplines, as well as policy makers. The book is entitled “Access to Medicine in the Global Economy: International Agreements on Patent and Related Rights (Oxford University Press, 2011).
Prior to joining the faculty at Loyola, Professor Ho was an associate at Fish & Neave (now the Fish & Neave IP group of Ropes & Gray). She handled a variety of matters including litigating high-technology cases involving patents, trade secrets and unfair competition. In addition, as a member of the Patent Bar, she drafted and prosecuted patent applications involving medical, immunological and mechanical inventions. 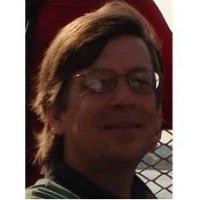 Richard joined Merck in 1988. Prior to joining Merck, Richard was an associate with Morgan & Finnegan and Cooper & Dunham, both in New York. He graduated from Rutgers University Law School (Newark) (J.D. 1985) and Rutgers College of Engineering (B.S. Chemical Engineering 1981). He has spoken at ACI's "Pharmaceutical Patent Life Cycles" conferences (New York 2002-2011) and Insight's "DRUG PATENTS in Canada" conference (2003).

Panel 3: IT Development and Intellectual Property 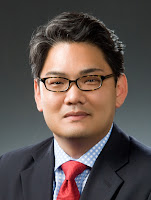 As an Assistant General Counsel of Intellectual Property at Samsung Electronics Co., Ltd. in Seoul, Mr. Kim has provided counsel on corporate-wide IP policy reform and the efficient management of antitrust and patent litigation risk profiles. He also conducted licensing and IP acquisition negotiations with several Global 500 entities.
At Samsung, Mr. Kim managed over 100 world-wide litigation and licensing matters for Samsung’s Semiconductor, Telecommunications, LCD, and Digital Media business units. As a Partner at Quinn Emanuel Urquhart & Sullivan, LLP, he has also represented multinational clients from both the plaintiff and defense perspective at the U.S. International Trade Commission, the Eastern District of Texas, and the Northern District of California.
Resident in Quinn Emanuel’s Silicon Valley Office, Mr. Kim also led strategic counseling teams on behalf of a diverse international client base to maximize leverage and create real-world solutions in multiple IP and competition law matters. Mr. Kim combines his corporate experience with his law firm experience to provide a wide range of clients with legal advice and counseling grounded in the practical realities of global businesses.

Minyuan's research interests are in the interaction between firm strategies and external environments in a global context. Her papers on multinational R&D organization received first place in the 2003 INFORMS Dissertation Proposal Competition, the BPS Best Paper Award at the Academy of Management in 2004, and the Best Conference Paper Award at the Strategic Management Society in 2006. Her recent studies examine how internal linkages among firms’ geographically dispersed units allow them to alleviate uncertainties at the local level.
Email ThisBlogThis!Share to TwitterShare to FacebookShare to Pinterest
Home
Subscribe to: Posts (Atom)